For those who read my previous blog about how me and Enrico (my now husband) met, this is a piece to the story we left out. But we feel it is an important step and it was quite a dramatic part of the story.

I had been in a relationship that ended extremely bad. I was single off and on until I met Enrico. In that time I had also been speaking with another person across the world. This person was in Paris. His name.. Sebastien. We had been speaking to each other for a long time. As we also shared stories and our hearts I grew to have feelings for this person. I loved him. When we would talk about seeing each other it was never a serious conversation. Neither one of us ever said definitely that we wanted to come visit. I for sure was not flying to Paris and he never mentioned wanting to come see me. Even if he did, he had a dream of opening a restaurant in Paris as he is a chef. He was in the process of buying a restaurant and starting his dream with his best friend. Our conversations were compiled a lot about his struggles with the politics of the Paris government and the funding to open this dream of his. We spoke for a greater part of 6 months I believe. He was a friend. A great one. I loved him. I truly did. But with him starting his dream in Paris I never ever ever thought anything more. Why should I? he never asked if I wanted to come be with him in Paris. Ever. There was never a hint even to the subject. So as far as I knew he was possibly dating, at the very least looking for someone IN Paris to love. That is where I was. Single, alone, I wanted to find love. With someone who reciprocated it. I found that, with Enrico.

The drama in our story starts when I left for Banff with Enrico.

Sebastien and I spoke mainly through email. So the day we arrived in Canmore I opened my email to find one from him. I had previously written about how I met Enrico and he was coming to see me. To say the least he was furious. He couldn't believe I was with Enrico. For the first time in more than a year he spoke about why it wasn't him here with me. I was baffled, floored. How is this actually happening?

After Enrico left, the days following, Sebastien and I had many fights. Me trying to explain my point and him fighting his that I should have known..... But how? My god how? How does one person read another's mind? You simply don't.

Of course during this period Enrico was not happy with this new  development  However We were happy together. Still in love still talking about him coming here to me.

Sebastien on the other hand, him and I went through many many conversations of anger and hurt. In the months prior to Enrico coming here I received roses periodically on my doorstep from Sebastien.

I have heard girls say "I would love to have two men chase me". I actuality it is one of the most horrible situations one can imagine. Because you know that it is something you have to choose. And when you choose, you are hurting someone you love. It is awful.

The night before Enrico was to board the plane to come here I received a ring in the mail from Sebastien. My mind was in complete turmoil. What to do? .... Do I go ahead and have Enrico come? Or do I do the unthinkable and tell Enrico "sorry, I chose and it wasn't you".

Now to some this may sound trivial. But this was my future. I had been extremely hurt in my past long term relationship and I was looking ahead at my life. What do I really want? ME. Not them. What do I want in my future? Which way should this go? It was a truly awful night.

I made my choice... Enrico

Now I will tell you the reasons why I chose him.

He was genuine. Everything about him. I felt I could trust him with everything I had. He, from the moment he knew he loved me, he told me! There was no hesitation about letting me know and letting me know that if we were to be together he would move, plain and simple! He made the choice to come see me and see if it was love.
Sebastien, we told eachother we loved one another, alot. But he really only professed this love truly about being with me when someone else stepped in the picture. I loved him, god I loved him, I still do love him.  I just couldn't....... I couldn't, bank my future on someone who was... too late.

Enrico came, as said in my previous blog. We were working on learning to live together. Him learning to live in a new culture. He was also hard at work looking for a job that would take a foreign worker. This itself seemed an impossible task. I still spoke to Sebastien occasionally. Enrico was never happy with this idea however my last long term  relationship that ended awful, I had a horribly jealous boyfriend. I vowed I would never let someone tell me what to do again. Now don't get me wrong, Enrico is not a jealous man neither is he someone who would tell me what to do. But he was not happy with me conversing with someone who had an obvious dislike for him and someone who was trying to win my love. I understood this absolutely however things were not resolved with Sebastien and he was still someone I loved, I couldn't just say sorry, we will never speak again. Trust... Enrico had it and that was it.

One day I was at work and I received a phone call. It was Sebastien. He told me to come look out the window. I have to admit I was in complete fear as I walked to that window. He couldn't actually be here could he? Why would he be here? Oh god....

I looked out the window and yes, in fact he was standing outside of my work. We went for coffee that day and he explained that his restaurant dream fell apart and he no longer had it. The funding was not coming through it was all over. He used some of his money that he saved for this dream to take a trip to Canada. To Montreal. And over to Edmonton. For one day... One day.... We sat and talked. It was surreal. We both sat and tried again to explain our parts. We could never come to a conclusion where we were both happy with eachothers answers. Previously that day my boss had given me free hockey tickets to take Enrico to his first hockey game. I had called him earlier that day and let him know and he was super excited. Now I am sitting across from Sebastien. He is here for one day. Jesus Christ what do I do? Bail on the hockey game for the man that moved here to be with me to spend a night talking to the man who flew to see me for one day? Again.... Tough decisions. Nobody will ever really know the pain in my heart from these moments. Once again I made my decision.....

I went for lunch with Sebastien the next day and again we had long conversations about it all. We never resolved anything. We took a picture together and he left after lunch and I never saw him again... 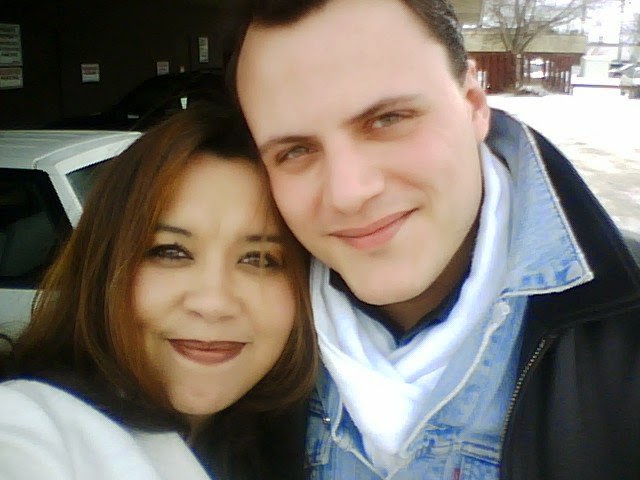 We have spoken since and still speak to this day. Not often. Messages are few and far between now but there is and always was a special friendship with him. He and Enrico have a mutual respect for each other that I can only imagine has been built through time.

What has happened to Sebastien?

He did find love and he also just recently found his dream again. He opened that restaurant in Paris. It is beautiful and quaint just as he always said it would be. He and his fiance will be married this year.

I am sad that I had to make a choice. I am sad that people were hurt. I am sad that in breaking someones heart mine also broke. I do not believe I will ever feel ok that while he came here to see me I didn't spend the evening with him, at least with Enrico and him together. If someone travels such a great distance to see you but you in a way have to brush them off? But the situation and the time, it wasn't right. It will haunt me the rest of my life....


In saying that, this part of the story had to be told.
It was important to me, he is important. I will always love him.