Fear.... a distressing emotion aroused by impending danger, whether imagined or real. Everyone has something they fear.

Ever since I was a little girl we would go on vacation every year. We would camp around several different places and always one of them was in bear country. I have had anxiety my whole life, it was apparent to me now that I had it as a child as well. Though I do not think this is an irrational fear, my fear of caterpillars, yes, now that is irrational. But Bears... Bears can kill you, caterpillars not. 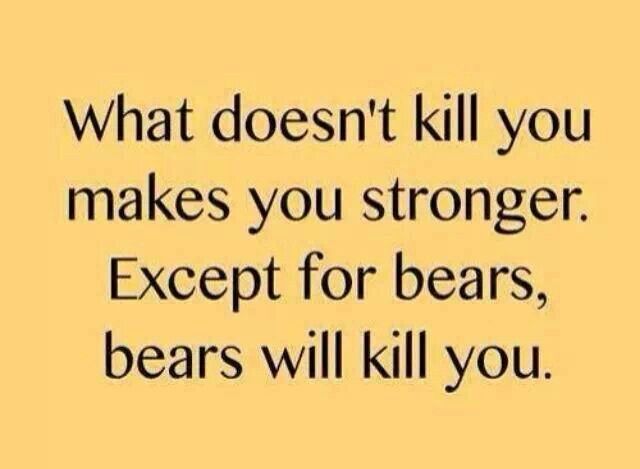 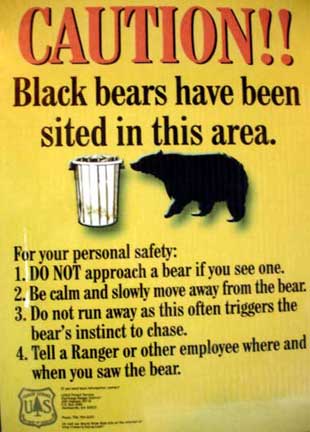 Approach the bear.... Who is kidding who here. But I am sure there are those idiotic few who do. Morons!

Upon being an adult and finally deciding what is better for my sanity, I do not camp in bear country anymore. Is it beautiful? Absolutely. The best campgrounds are in bear country, but I am not and have not been made to endure it. I despise it. I am terrified the whole time. And believe you me, you are not having fun being around me panicking all the time. It is just not worth it for me to venture into bear country anymore.

I do feel sorry for those who have had to endure camping with me. The fear in me is real people. We once camped in a beautiful campground. Bear country... I read that pamphlet front to back again. I was going to follow it to a T. All food and bathroom items in the car, nothing in the tent except your blankets and what not. Do not sleep in the clothes you ate or cooked in. Do not have anything in the tent that will attract the bear. This meant that every piece of clothing went in the car. In doing this, I made my boyfriend at the time go to bed in his boxers. In the morning I had realized he locked the keys in the car. So I spent the better part of the morning trying to unlock the car while he was stuck in the tent half naked. I in my pajama's now had help from fellow campers trying to get into the car while he was still, stuck in the tent. A prime example of my fear.

Another boyfriend and I would often camp in bear country. I would make sure that the spot we picked was in the middle of the campground surrounded by people (So the bear would get them first). I would be terrified the whole time, watching for bears walking around. Terrified to walk to the bathroom alone, what if I saw one. Terrified to dump our dish water anywhere remotely close to our campspot. Dont want the bear to smell it. I was one happy girl if the campers next to us were party people and played loud music and partied late into the night. I believed it kept the bears away. Problem is, I was never relaxed. Bears are always on my mind.

Now my Grandfather, he had instilled the fear in me quite early. He would always tell us kids that sleeping in tents we were like wontons for the bears to just drag away into the bush. Really Grandpa? Thanks. Now that thought never left my head, obviously. 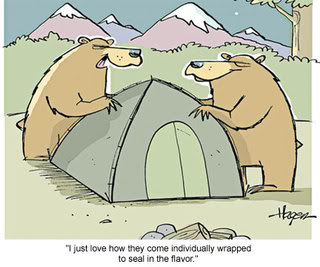 The only person in the world I feel safe camping with is my Grandfather. There is just something about him that makes you feel safe. Be it the fact that he is one tough man and has seen alot in his day. He has seen more bears than I would care to imagine. He knows the bush more than anyone I know. Being a full blooded native man he grew up in the bush, hunting for food for his 12 children. Bears were just a part of it. I have heard the story many times through my life and never tire of hearing it. The time my Grandfather killed a bear. 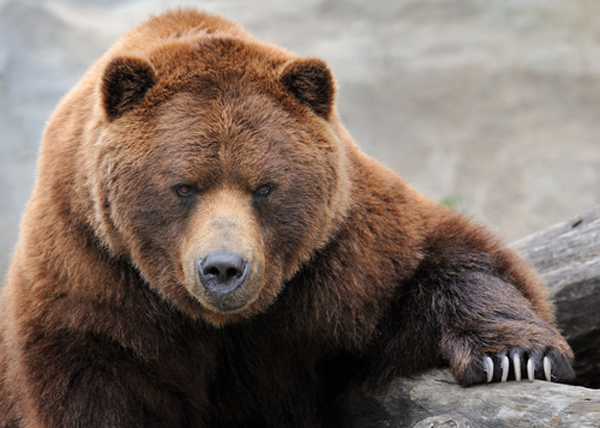 My Granfather and his brother were walking in Salmon creek through the bush, he said his brother Vincent was about 13 at the time. He said they were hunting and now coming back they were all out of bullets. He said up on the side hill there was a big Brown Bear. He yelled at the bear and it came after him. He told his brother to climb a tree. He said and he laughs that his brother climbed a tree, a tree with no branches and he said he climbed it as fast as a squirrel. He had his sled dogs with him and he told his lead dog to go after the bear. The only thing he had to protect them with was his axe. He says he always kept it razor sharp. As his dog went after the bear it would bite it and the bear would turn towards the dog. He said the dog kept at it and when the dog bit and the bear turned my Grandfather got behind him and when the bear turned around he drove the axe straight through his head. He said he chopped his head off after that and told Vincent to come down. He said they were going to skin and eat the bear. I wish I could have a recording of him telling his story because he captivates you while he tells it. He said that the bear was still blinking and the tongue was still moving when he cut the head off. He says, I told my brother, see, the bear is still tasting us. As he was skinning the bear he said it felt like someone dumped ice cold water on him. The realization of it all.

Now my Grandfather is not scared of bears. He always tells me if you dont bother bears they will leave you alone. He has killed a few more in his time but always the ones after this with a gun, and because they were coming after him. He told me today, never holler at a bear, they will come after you. He said everytime a bear came at him he hollered at it. I used to feel safe in a car, he laughed at me alot. He said they can open it up like a tin can. Thanks again Grandpa. But tis true. They are huge and damn strong. When you are in their territory they are boss. So I love to camp, but I cannot take my Granfather with me everytime ;)

I wish I could though, he is badass!!