I have been in a bit of a slump. Unsure of what to write. Not feeling inspired by anything. I can browse through hundreds of blog topics and not a single one speaks to me on any level enough to write about it. I look at some of them, what's in your bag..... Really? Does anyone really give a good god damn what's in my bag? I highly doubt it. So sitting here thinking tonight what is on my mind... I find that the only things I like to write is what rolls through my head. So this here, is what is rolling through my head.

Scrolling through Facebook the other day I saw a picture. It was a courageous picture. This picture stuck with me and I thought about it tonight. This is what I will write about. My feelings on this topic. This is the picture. 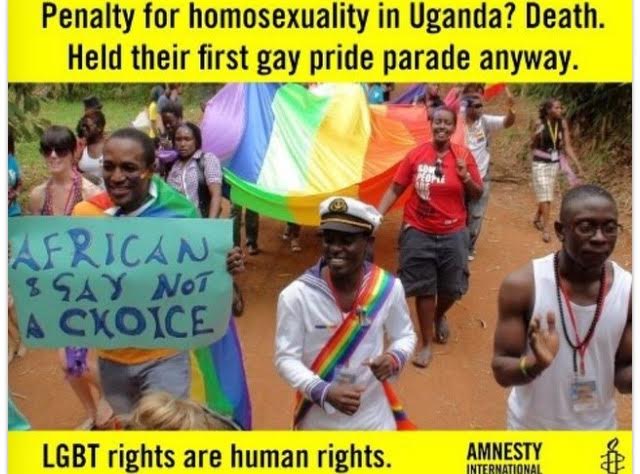 I love that people stand up for what they believe in. I love that our world is becoming more accepting. But we have a long ways to go. I think what stuck with me is the first sentence. Penalty for being gay is death.... Wow. I mean, it is not that we all are not aware that these extreme laws exist in certain countries. It sat with me because it makes me sad. Sad that we live in a world where you cannot be yourself in fear of death.

I am not a religious person. I did not grow up that way. I have never sat in a church, I do not know the bible's way of teaching. I will not bring my children up religious. I am not against religion. My belief is that people need hope. People need to believe in something. A higher purpose. If that makes them happy, well so be it. I am however against religion when it comes to hate for others because your religion says so.

Being gay isn't a choice, being a bigot is.

I once had a boss who came to me and asked me to sign a petition. I read this petition and it was a petition against gay marriage. He was going around work asking people to sign it. I refused. He was my boss, but I was not about to sign something I don't believe in. I am not and was never against gay marriage. My thoughts are, why is it anyone's business who someone marries? I mean really? Does anyone out there care who I am married to? I bet zero of you do. I think that's why I don't understand how people are against it. To me, it doesn't affect you as a person. So who cares what someone else does. To me, it makes no sense. So that day, I refused to sign that petition. My boss looked at my like I was nuts. I told him straight out, I am not against it. And that was that.


People have asked me "Will you be upset if your daughters tell you they are gay"?. Upset?... not even a little bit. I would be concerned for her and by that I mean, in this world, if you are gay I feel you are immediately dealt a harder hand because of society and its views on gay people. I would be concerned that as my child goes through her life I want her to have a fair shot no matter what people think of her sexual orientation. I would worry about the stress it causes because of other peoples views on what gay is or should be. As my daughters grow I hope to raise them with values and respect for everyone. No matter if they are gay or straight I want them to accept and know they have a right to be accepted.

My Sisters best friend in the whole world is gay. She and her wife are some of the best people I know, I love when they are around. I love them both. My Sister told me she was worried to tell her that she was gay, worried in turn as well as to  what I would think. I wish she never even gave it a thought. I think she is and always have thought she was a fantastic person to be around. When I was a teenager and now. To me, she is not "gay" she just is who she is. This is the way we should look at everyone isn't it? I am sure she doesn't think of me as Straight Susan lol.

My thoughts on Bruce Jenner / Caitlyn Jenner. I think she is brave. I can only imagine the feelings of being stuck in the wrong body. I feel so sorry for people who have to go through that. I am glad that there is a way to change that for them these days. I think that Caitlyn Jenner is an amazing role model for so many people. Having to make this life decision is hard enough but to do it in front of the whole world. That is one strong woman! I didn't think I was interested in the whole fuff about Caitlyn Jenner, until I watched the interview. You hear her thoughts and feelings and the real emotion behind it all. It was powerful and I felt for her. I can only hope that it paves the way for more acceptance.

So when my children come to me and ask me what is gay? The answer is simple. This is life my little darlings. When we complicate it, it becomes complicated. It isn't. This is love people. Simple! 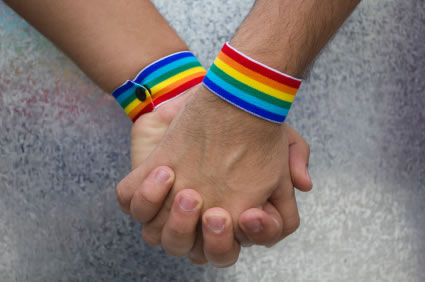