"How did you two meet"? Always a loaded question that leaves everyone wanting a better explanation however they don't have the time to sit and listen to such a tale.

I fully believe how we became what we are today is quite incredible. It was late 2008 and I received a message from a random stranger on a facebook application called "hot not or ok". This sounds silly. It is.
We always have laughed about the point that we first said words to each other. I received a message and I never had responded to anyone before as it was usually a vulgar comment. I am not sure what made me reply to him that day. We quickly became Facebook friends and I enjoyed that I had a friend across the world. I talked to him randomly and never really thought anything about it. To me he was just some guy across the world and we share a few words now and than.

It had become we were talking every moment we could. I do even remember a few phone calls and his accent was thoroughly entertaining. He often mentioned coming to visit and I brushed it off several times as I honestly believed, you're in Italy and am here, that's it! Nothing more. What could more be? Really?

It was late October in 2008, every waking moment we were in touch with each other be it via text, facebook or msn. He was my morning noon and night. He again mentioned visiting me. This time, thoroughly enthralled with this man, I absolutely was a fan of this notion. In the time leading up to this visit I knew I loved him. From the bottom of my heart I felt I knew his heart more than anyone. When you are at such a great distance and all you can share is words it is amazing how you can express to each other your life, your love, your hurt, your dreams. We shared a lifetimes worth I am sure.

I can only tell you I was filled with immense happiness and excitement. I remember the silly little things a lot for it is what we laughed the most about. That day for some reason the parking at the airport was atrocious. I could only find a spot on the roof. It was -21 and windy that day. To us, cold sure but to an Italian who has never experienced anything less than -8 it was a shock to say the least.
In Italy they do not remove their shoes in their houses. Something that is still very foreign to me but also to Enrico as well. The first time he stepped foot in my house he clomped in with these big hiking boots he bought for the trip. With all the snow all over them I remember thinking, what in the world are you doing? I even remember suggesting, you can take your boots off. He politely said "no that's ok". I laugh even writing this because I remember thinking, man this guy must have smelly feet or something if he doesn't want to take off his shoes, but in actuality it was normal for him.

We spent the first few days introducing him to my family and friends. I showed him things like Downtown as he had never seen a skyscraper before and walking around downtown was new for him.  We went to West Edmonton Mall of course like every tourist :) The big part of our trip was that I was taking him to Banff. My boss at the time owned a condo in Canmore and he let us stay for the weekend. The morning we left, as always I was not in any rush. That was until my father called with the news that there was a big snowstorm coming that afternoon and why were we not gone yet? I remember running around the house like a chicken with their head cut off trying to pack while this poor Italian man watched with complete confusion. Thankfully my father upgraded our little rental car to a large SUV. We left and the weather was perfect. Until we hit Red Deer. The blowing snow had started and there were cars in the ditch. We took the backroad down to cochrane and down to Canmore. I can honestly say I have never driven in anything like this before. It was a complete white out and in reality we should never have driven in it. If I was scared driving in this you can only imagine the fear poor Enrico was having as a passenger in this horrible blizzard. Since I am writing this we made it, obviously :) the condo in Canmore was beautiful. Homey and woodsy. It was perfect!

It is humorous now but it was the coldest winter we have had in a long time. The temperature was -41 with the windchill. The second that Enrico got out of the car and breathed he coughed. I remember thinking it was quite funny. My poor Enrico his lungs so foreign even for the cold, they couldn't take it. It was truly a wonderful weekend. He had tried peanut butter for the first time ever in his life. We walked around a grocery store with him telling me there is a spread you put on sandwiches and he had never tried it. We were in the mayo aisle first until we finally figured out it was peanut butter he was talking about. It was truly exciting standing there with a jar of peanut butter and a spoon watching someone try something you have eaten your whole life and I am sure equally exciting to try something new. He also tried pancakes for the first time ever. He was fun to be around and I was the happiest I had been maybe ever. We took our very first picture together in Canmore. 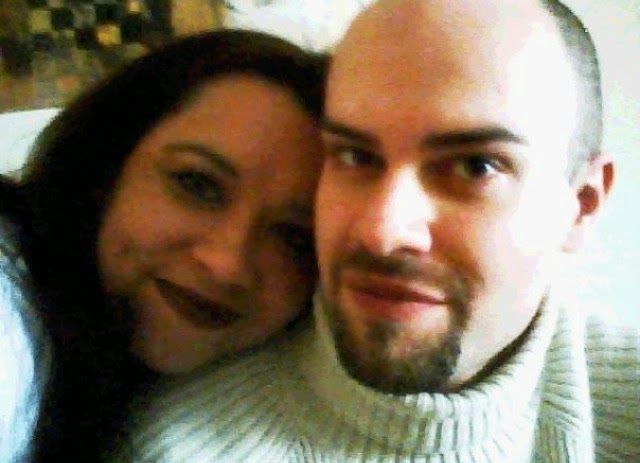 We spent one perfect week together and he went home to Italy.

What now... A perfect week and now what? We talked about him actually coming to live with me. it was a topic much talked about. But how do you uproot everything you have ever known. Your family and friends and leave them behind. We decided that he finish his courses in University and in June when he graduates he will come. That lasted about a week and we were on the topic again. He had thought a lot and decided that why wait another 6 months. What if he comes in six months and we decide we can't take each other at all and he waited 6 months to find that out. Lets find that out now. He decided to get his affairs in order and we set the date. The date was February 11, 2009.

That Christmas I received probably the most romantic gift ever! It was accompanied by the following letter.

It's December 9th, 1:30am. This means I'll leave in less than 3 hours to go to the airport and the trip of my life will start. You are reading these lines when I'll already be gone and it's strange to write to you just trying to imagine what happened in the week we spent together.

I won't  try to describe what I still don't know right now; I just want to write what I feel in this moment, knowing that it should sound somewhat "different" when you'll read it on Christmas.

The painting you have found is one of my all time favourites; yours is a close detail of the two lovers, but it's the most important part of it, of course. The missing part shows that the kiss is set in a spaceless and timeless atmosphere, completely out of any known earthly setting. The same way I feel about our love baby: I still haven't met you, I've never seen your town, your house, your family, where you work, your friends.... I just know you through your soul, your heart, your emotions and feelings. But that was enough to fall in love with you; and I am, beyond all explanations and rational contexts. I love you because you are the most amazing girl I ever met, you gave me something worth living for when I lost almost all hope in finding the love of my life.

So my love for you is the same you can see on the picture: pure love, absolute love, the love that needs no reasons and no material features to be true, the strong and transparent love of two should that met in a place that belongs just to them... A golden place where love melts bodies and there is just a kiss to be recognizable.

I wish I was there to read these lines together, but this one is for your eyes only, those beautiful eyes I love so much. we will have lived a week together when you'll read this and I don't know what will be in your mind right now.... Don't know if you're smiling, crying, sighing or laughing... I just want you to know that while writing these lines my heart is filled with love and I still can't believe that "later" I will hug you for real... Something I have dreamed dozens and dozens of time.

You are my life, my everything. What I feel for you was unknown to me until I met you... I would have explained to you with many details the way I spent the first part of my life about love, so I think now your are fully aware of what's inside my heart...

This gift is another way to thank you for being such an extraordinary girl and for having made everyone of my days since the one we met, in good and bad moments. Our life has begun my love... My future will be focused on your happiness.


He showed up on Feb 11, 2009 as scheduled with one suitcase. One! That was his whole life he was moving here with packed in there. I wont begin to say that this was all easy and it all fell into place. It was a tough go. We have had our fights and also many many lovely moments. The process of him getting a job, being able to stay.. It was the hardest fight of all. Without the wonderful people who helped us along this journey we would not be where we are today. He has so proudly accomplished, after much hard work, his permanent residence. Next step citizenship. I could not be more proud of all he has done. His struggle was a hard one and he persevered 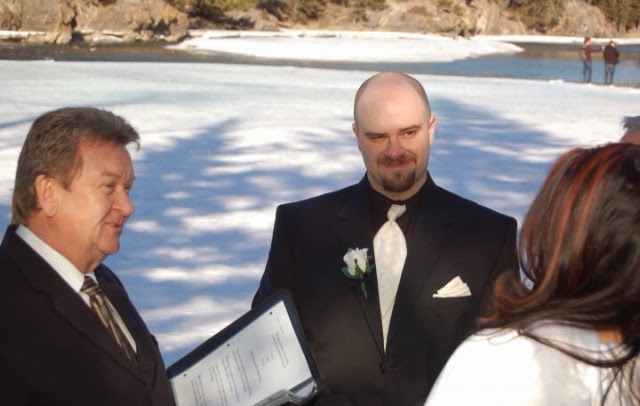 Neither of us being religious we wanted to marry somewhere that meant something to us. Banff was where we spent our first happiest days. *And of course in the winter not summer ;) I had never been a person who wanted a large wedding. I wanted small, simple and the smallest gathering of close friends and family as possible. It was a beautiful day for a winter wedding and it even snowed a little. It was all I had hoped for.

I would marry him every day again and again. 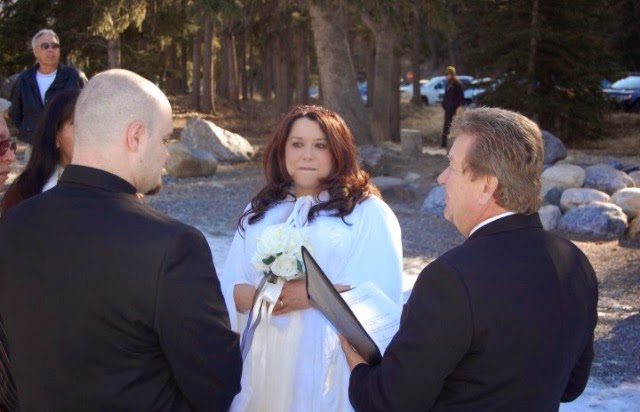 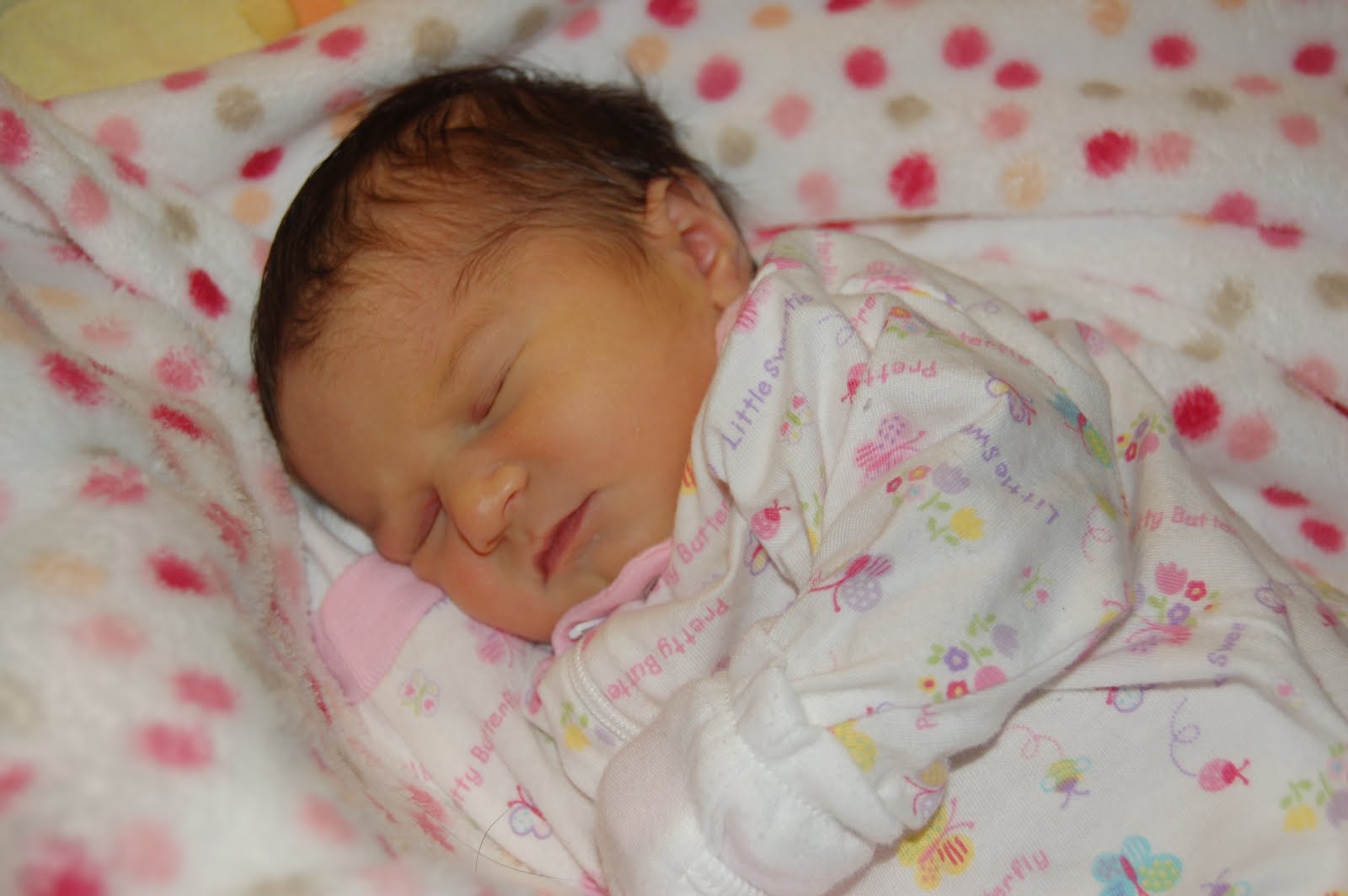 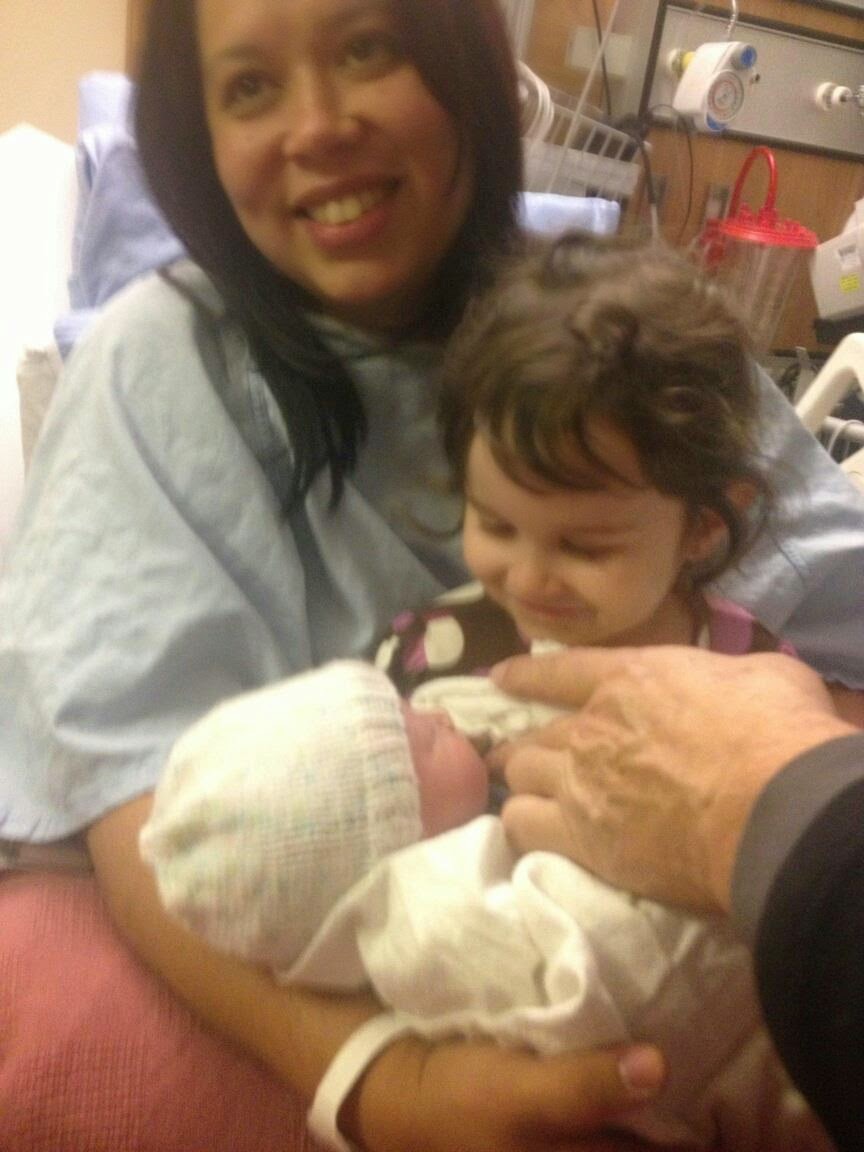 He has been the most romantic man I have ever known. He stood by my like a rock while I battled through postpartum depression twice! Although I know it took a large toll on the whole family he stuck through it with nothing but love and support. His words are kind and his actions are nothing but love. He is truly a dream come true. He gave me two beautiful daughters and a life of undying love.

My life is complete. Because of him.  And what next?